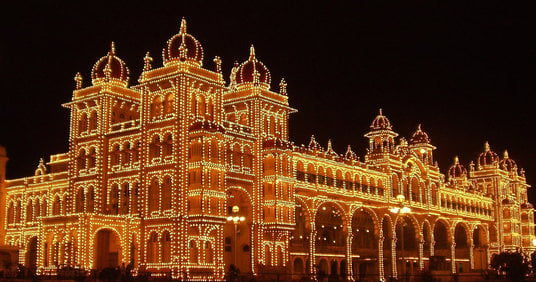 India is an enormous and diverse destination. You can enjoy from the beaches of sun-soaked Goa to the frenetic bazaars of Mumbai.  Also, you can explore the sparkling lakes and palaces of Udaipur, traditional Indian dance, or buy brilliantly-colored silk saris at a market in Varanasi. India is bounded by Pakistan, China, Nepal, Bhutan, Sri Lanka, Bangladesh and Myanmar. There are more than 20 official languages, multiple religions and a variety of cuisines exist within India’s borders. Travel is the best way to truly experience the breadth of Indian culture and history. Book taxi service in agra for outstation to visit all the places.

Rajasthan is located in the northwest India. This is home to the Thar Desert. If you’re interested in Rajput historythen this is a perfect place for you. There are some of the best places to visit in Rajasthan. Jaipur is the Pink City and the capital of Rajasthan and a wonderful place to begin your trip. Rajasthan is home to an array of incredible architecture, including three forts, many temples and the extraordinary City Palace.  Jodhpuris the gateway to the Thar Desert as well as the home to the spectacular Mehrangarh Fort.

Agra is one of the most-visited cities in all of India. Once the capital of the Mughal Empire, Agra is now home to the iconic structure known as the Taj Mahal. The white marble mausoleum was built in the 17th century, and it is widely regarded as a monument of love. While spectacularly beautiful, the Taj Majal can be very crowded. Also worth seeing in Agra is the Agra Fort, which is very similar to the Red Fort of Delhi. You can tour this 16th century fort and even explore the interior of its beautiful palace. While you can also book taxi service in agra for outstation to visit all the places.

Kerala is the southwestern state of India known for tropical beauty. There are a lot of reasons to visit Kerala such as Palm trees, white sand beaches and eco-tourism. It has some famous backwaters, elegant houseboats and temple festivals, Kerala has a tiger preserve ” Thekkady” which allows you to admire flora and fauna without crowds. Kochi is a city where you can see the local fishing industry thriving along with modern high-rises and colonial architecture. Apart from that you can explore a Jewish synagogue, a Dutch palace, the Portuguese Pallipuram Fort and the Hindu Thrikkakara Temple.

Varanasi is one of the world’s oldest living cities. This is located in North India on the banks of the River Ganges. It has been an important center of learning for ages as well as a chief pilgrimage destination for many Hindus. Varanasi offers sights and experiences unknown anywhere else in the world. The city is also known as the “City of Temples” because of its thousands of temples.  There are some significant temples such as Kashi Vishwanath Temple of Shiva, the Durga Temple and the Sankat Mochan Hanuman Temple.

If you’re spending any time in Northern India then you will almost certainly visit the capital city of Delhi. Delhi is considered to be one of the oldest cities in the world. There are top sights in Delhi that is the Red Fort, or Lal Qila, which was built in the 17th century. The Red Fort is constructed by using sandstone, and you will have the option to enter through its Lahore Gate, into the bazaar, through the gem castle and even into the previous living arrangement of the ruler. While in Delhi, you ought to likewise set aside a few minutes for the numerous historical centers and strict structures that make up the city.

Goa is located on the western coast of India. This is a former colony of Portugal that blends Indian culture with colonial influences and plenty of international tourism. Goa is famous for of its spectacular beaches. Candolim Beach is one of the busiest beach, where travelers from around the world flock to soak up the sun. While Anjuna Beach is far less crowded. This is also an amazing place to admire the sandy coastline from a new perspective. Palolem is one of the most beautiful beaches in all of Goa. Goa is widely loved by adventurers, and recreational activities are plentiful for those eager for some fun in the sun.

Ladakh is located in the northernmost India, disputed Kashmir region. This is the mountainous destination with a low population density and a number of nomadic residents. You can enjoy breathtaking and pristine scenery, that is a major draw to the area. City is located at a very high elevation and home to the 17th century Palace of the King of Ladakh. Buddhist culture is also prominent in Leh, and you can visit many Buddhist monasteries and temples in the Old Town.

Amritsar is a holy city and a mecca for the Sikh religion and the most attractive place in Amritsar is the Golden Temple. Golden temple is also known as the Harmandir Sahib. It was built more than 400 years ago. The place is always packed with Sikhs visiting from around India and the rest of the world. You can tour the Golden Temple regardless of religion. Please need to show respect by covering your head and removing your shoes.

Mysore is located in the southern tip of India. It has been once the capital of the Wodeyar dynasty. Mysore is best known for the magnificent Mysore Palace. The royal residence is the embodiment of extravagance, and a visit through the structure will uncover upscale contacts like cut rosewood entryways, roofs enhanced in ivory and endless works of art on the dividers.

If you’re in Mysore, don’t forget to visit the incredible Devaraja Market. This is an outdoor experience on Dhanwanthri Road where you can buy some chai tea. Don’t forget to  browse stalls offering produce or sandalwood carvings.